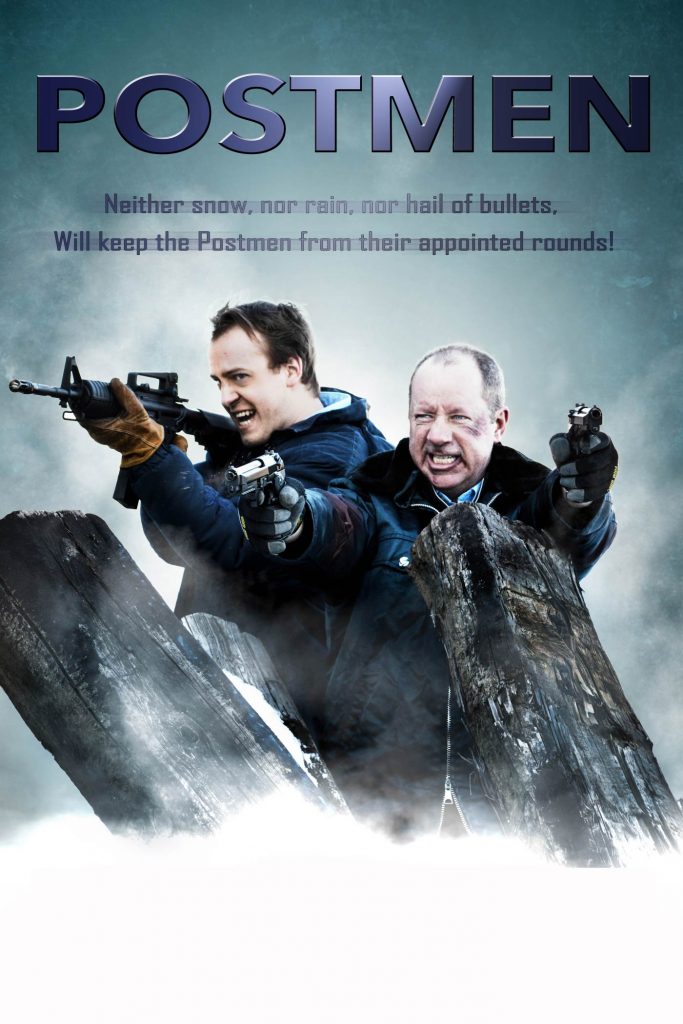 Welcome one and all to a place where we celebrate and dive into the world of the Postmen.

This is a Film / Television concept created by the power trio Mike Wurtz, Jason Green, and Adrian Konstant, then brought to life by amazing teams of cast and crew, finally consumed, lived, and loved by our loving global fanbase!

Below we are going to walk down memory lane and let you experience the mystery, the hilarity, the non-stop action that is Postmen

Neither snow, nor rain, nor hail of bullets, will keep the Postmen from their appointed rounds.

The CIA spies, the NSA listens, the Police protect, the FBI investigates. This action/comedy introduces another agency saving the world, one unsung act at a time. It is the most unlikely branch of civil service, the Postmen, who quiet every bump in the night.

After seeing the secret world of “Red Letter” assassinations, the real reason for junk mail, and the kinds of old school postal espionage that have been used across America since the birth of the nation, film-goers will never look at a mailbox the same way again.

There is a secret place that we know of, where the soil is filled with imagination. Over more years than you can imagine, a whispering wood has sprung forth, trees with tales to be told for those who would listen.